In a recent project I rellay nailed the code using FXCop. The goal was to eliminate all messages of FXCop. 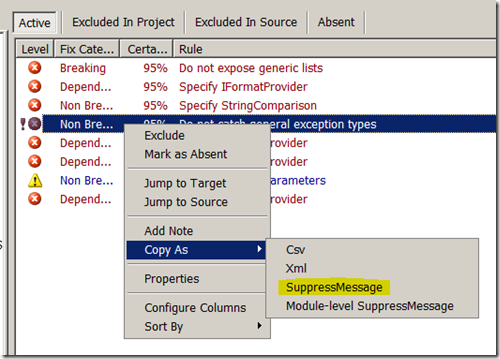 Next you can insert that at the appropriate position within your code, most likely as a method-attribute.

OK, so now your’re good to go. The next run of FXCop should present you a lot less messages.

And if not? Something went wrong. Some little, very well hidden comment in the documentations says:

OK. So opening up the project properties and adding the symbol CODE_ANALYSIS helped a lot in getting the number of FXCop messages down.